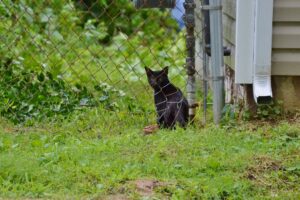 The goal of the Petsmart Charities grant was to spay/neuter 2000 cats in a single targeted Louisville zip code, 40215. The intake of cats from this neighborhood was the highest in Jefferson County, a statistic attributed to both the socio-economic demographics of the area and to its proximity to the Metro Animal Services campus. After spaying/neutering only 800 cats in this zip code, the intake numbers at Metro Animal Services decreased by 51%! Metro Council member Marianne Butler, who represented 40215, also saw a decrease in the calls, complaints, and cat-related issues in her district. We knew we were on to something! In 2013 we received a grant for five zip codes. In 2014, the program expand to ten zip codes. In 2016, grants were expanded to include all Louisville zip codes. Everyone now recognizes that Alley Cat Advocates and TNR are a critical component of the improving numbers in our community.